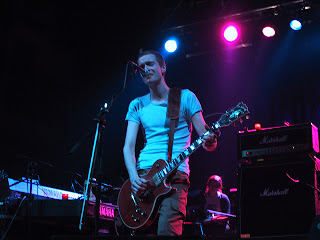 A very interesting concert to work with. It was documented as being a soundboard which led me to being very puzzled at some of the weird audio discrepancies that were arising during the mastering which have no place appearing on a soundboard recording. To cut a long story short, this is an audience recording and not a soundboard although its still an  excellant recording. Over all its a very good recording/concert but please be aware of the following issues: 1, In some of the loudest sections there is some clipping although its too bad 2, the soundstage is a little off on some of the tracks 3, The tracks are often different from each other but each can be enjoyed on its own merits. Don't let any of that put you off though ! Its still a great concert, in fact in parts, quite stunning