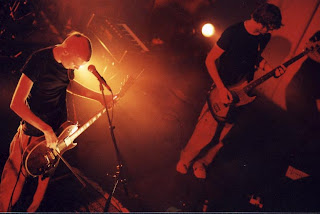 
Lineage: Unknown AUD
Quality/Performance: B+ / A

A great performance featuring a rare appearance from Steindór Andersen the head chap from the Icelandic Traditional Rhyming Society. The sound quality itself is a little mixed due mainly to the size and reverb of the venue itself and some clipping during early parts of the recording. Ironically, on the night Geog himself was a little worried about how the venue acoustics would affect the sound. A few songs though come through very well though such as 'Olsen Olsen' and 'Svefn-G-Englar'